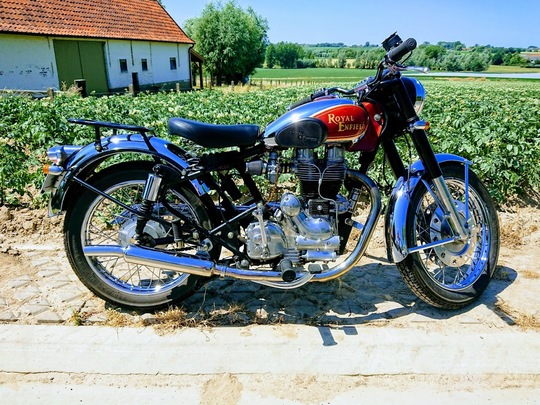 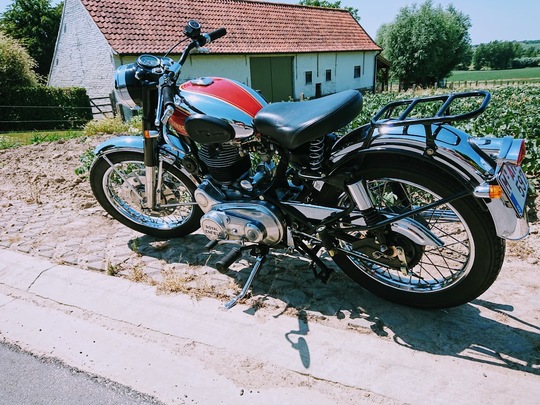 Ever since I first laid my eyes (and ears) on these cast-iron barrel Enfield Bullets in India, I've wanted one.

But since I was buying my first bike, and would be using it as my daily driver, I eventually chose to buy an Enfield Thunderbird, with the then-new Austrian engineered AVL engine, instead.

And when we moved to the US, I figured an Enfield would be too small for the American roads, and chose a Kawasaki Vulcan 1500 to ride there.

But since we're now back in Belgium, and my daily driver is a car, I can afford a bike which requires a bit more tinkering to keep going, and is more relaxed to ride.

It's one of the last cast-iron barrel Bullets (in 2007 they switched everything to the UCE aluminum engines), and is equipped with the superior (and left-foot shift) 5 speed gearbox. 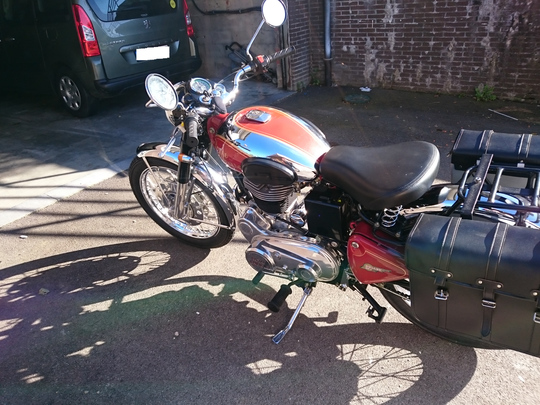 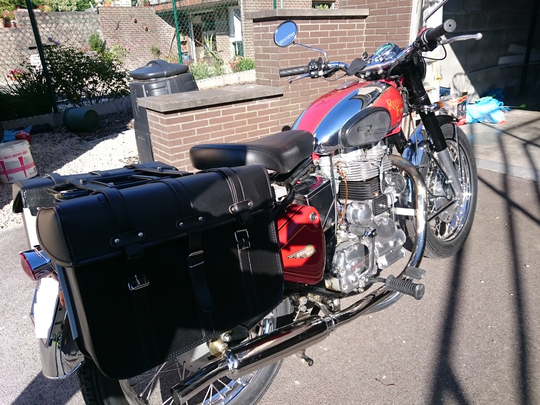 This is what the bike looked like when I bought it.

It already had its speedometer changed to a more classic looking smiths-like one, an upswept open silencer fitted, a single seat with luggage rack replaced the original double seat, and it was equiped with saddlebags.

The first thing I did was sell off the saddlebags and replace the stock handlebars with some a little lower and forward, which made a big comfort improvement to me. 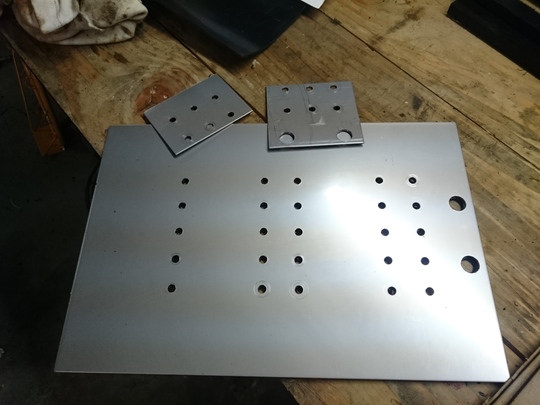 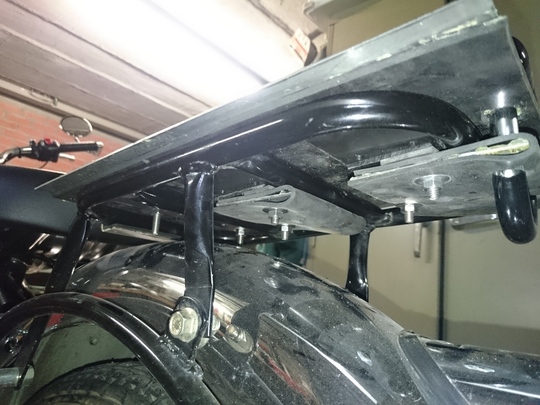 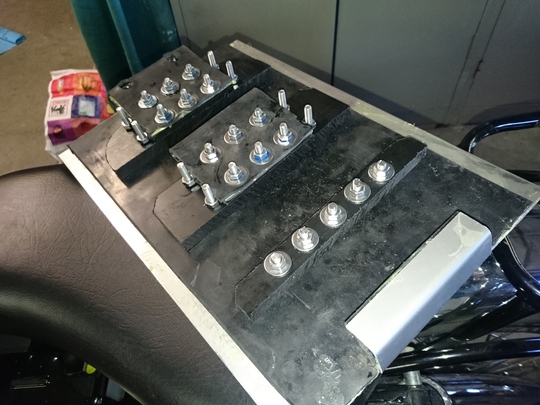 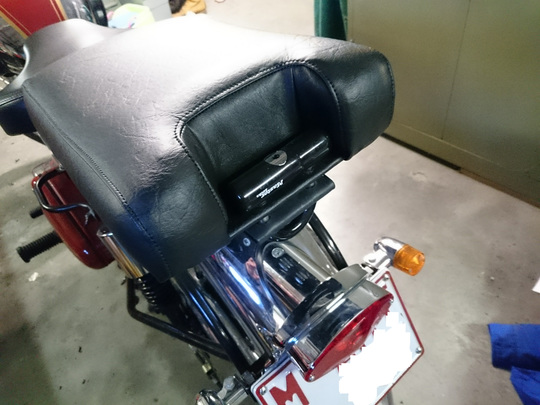 Since I wanted my wife and children to be able to ride with me on occasion, I made a pillion seat which I could quickly attach to the luggage rack.

I used a stainless steel plate and some rubber to construct a seat pan which can hook over the luggate rack and be locked with a disc brake lock.

I then had this seat pan finished by a local upholster. 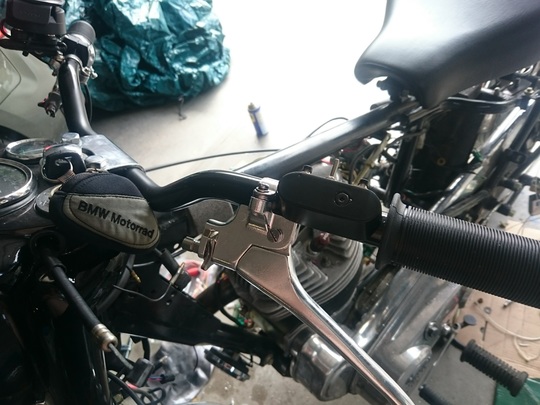 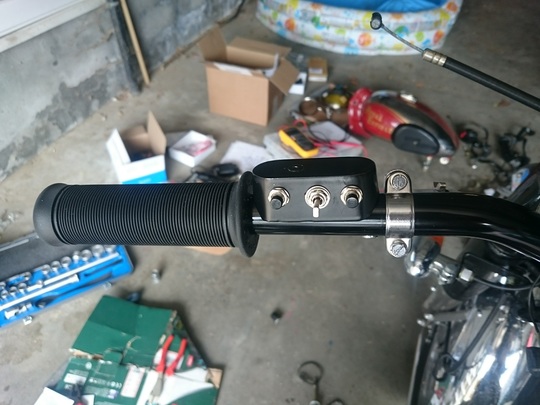 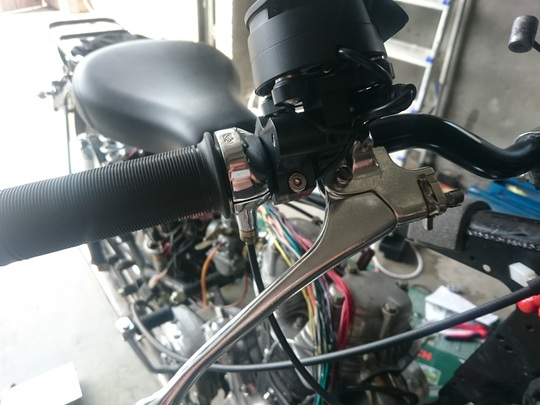 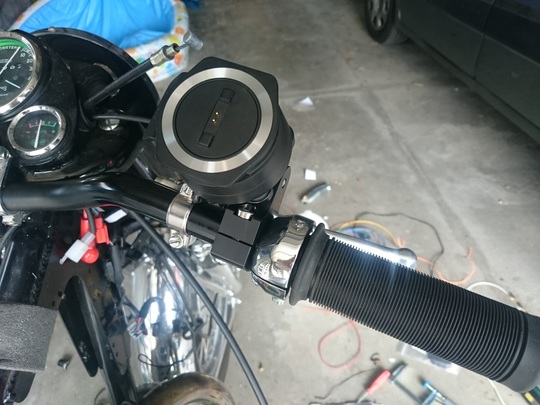 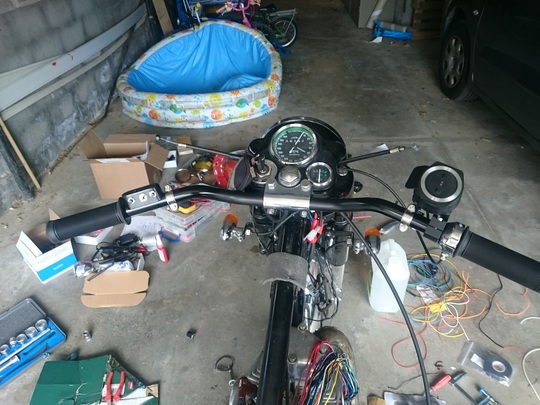 I didn't like the look of the clunky stock plastic controls, so in an effort to clean this up I removed these and replaced them with a small aluminum box with just two push buttons and a toggle.

The throttle also had to be replaced as this was part of the old control configuration.

Got a nice aluminum GPS mount.

Ran all the wiring for the controls and GPS through the handlebars.

And got rid of the decompressor (I just press it on the engine block instead.) 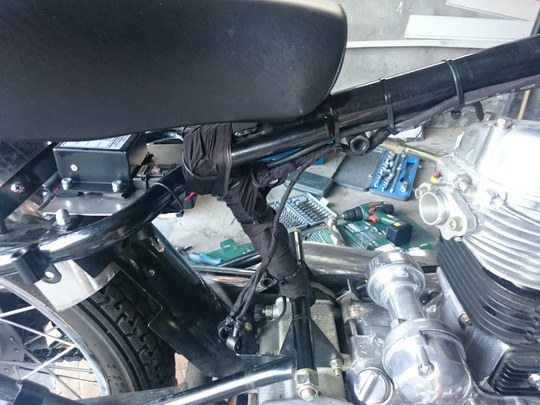 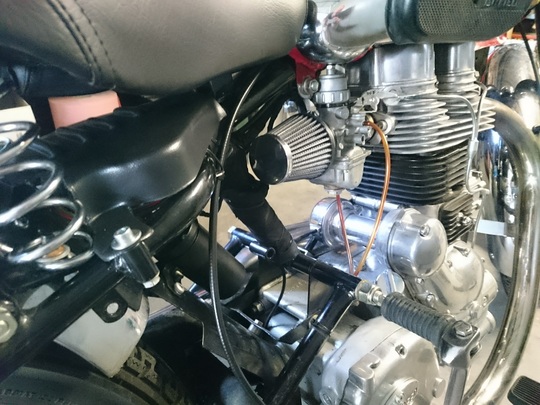 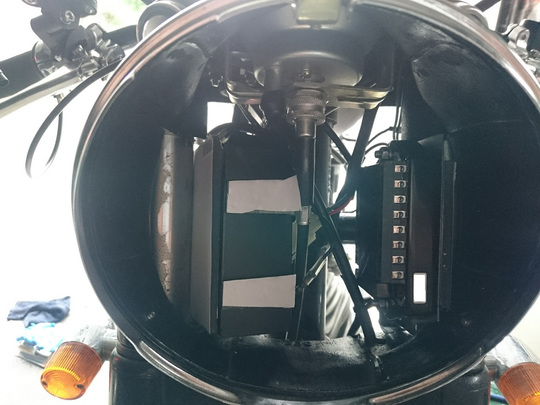 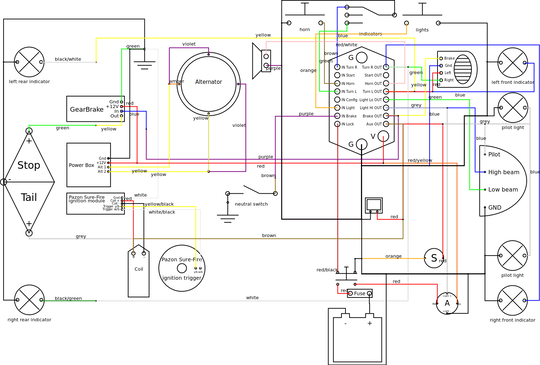 I also wanted to get rid of the huge battery, filter box and tool boxes.

I also replaced the regulator and rectifier with a Boyer PowerBox, which should, in theory, allow me to run batteryless if needed. (Although I'd need to disconnect my tail light cluster and wouldn't be able to use my upgraded 23W indicators.)

I replaced the CB points system with a Pazon SureFire electronic ignition. (Both for ease of starting and ease of maintenance.)

The filterbox was replaced by an S&B conical air filter. The combination of the new air filter and the open silencer necesitated the carburator to be rejetted as well.

The combination of the rejetted carb and the electronic ignition makes for a bike which pretty much always starts on first kick, even when cold.

Which let me remove the big battery (necessary for the electronic starter), and instead put a small 4 cell LifePo4 battery in the casquette.

On the other side of the casquette I put a Motogadget m-unit v.2 digital control unit which replaces the fuses, allowed me to clean up the wiring (I replaced the complete wiring loom except for the part which runs from the seat to the back light cluster), and allows for the two button / one toggle control scheme.

The last picture on the left shows the current wiring schema.